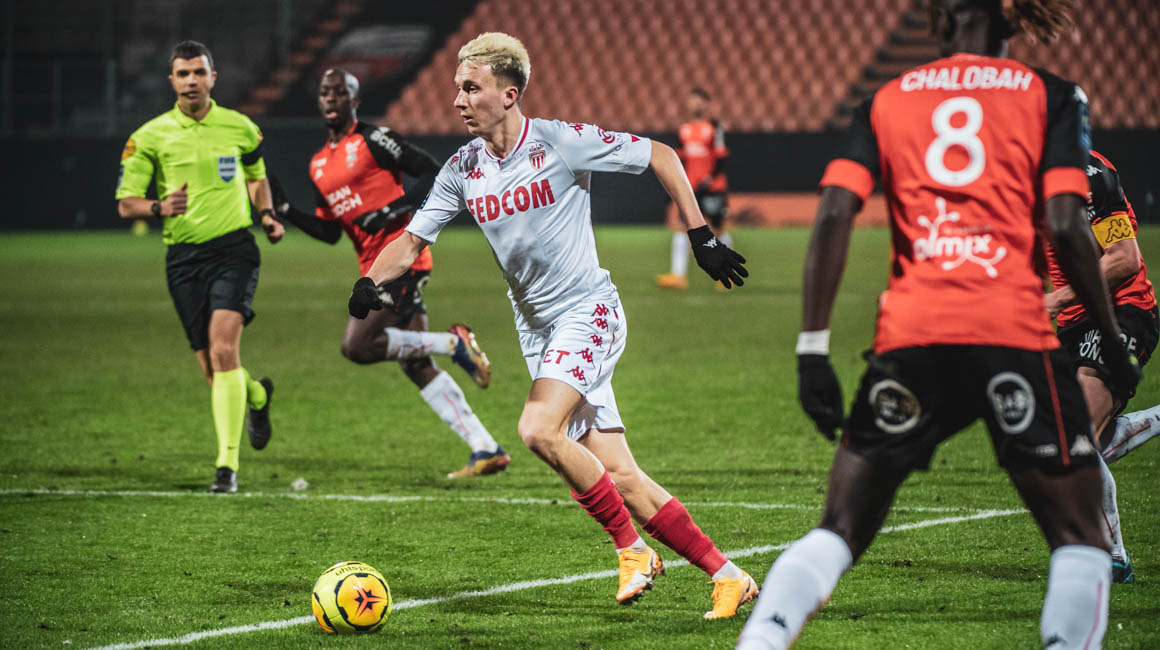 AS Monaco finally sound the alarm in Brittany

Niko Kovac: "The team changed their tune in the second half"
Author of a record by scoring just seconds after coming into play and also involved in the fourth goal, scored by Sofiane Diop against Les Merlus in a 5-2 win, the Russian attacking midfielder was elected IQONIQ MVP of the match by the Monegasque fans on the AS Monaco App.

He had been waiting for this moment for over four months. Four long months before being able to set foot on the pitch in Ligue 1 again. However, it did not take him nearly so long, on the contrary, for him to be decisive fro the Red and Whites. Coming on in the 64th minute to add dynamism to the Monaco attack against Lorient (a 5-2 win), while the score was still level at one apiece despite the visitors’ numerical superiority Aleksandr Golovin made the difference in a matter of seconds.

Four seconds to change everything

It took exactly four seconds of actual play (10 seconds if counting the time before the corner), before the Russian attacking midfielder found the back of Paul Nardi’s net. On a corner kick quickly played by Djibril Sidibé, the “Tsar” just took the time to control and immediately fired a curling shot with his right foot of – the ball lodged in the far side of the former Monegasque goalkeeper’s net, leaving him helpless. 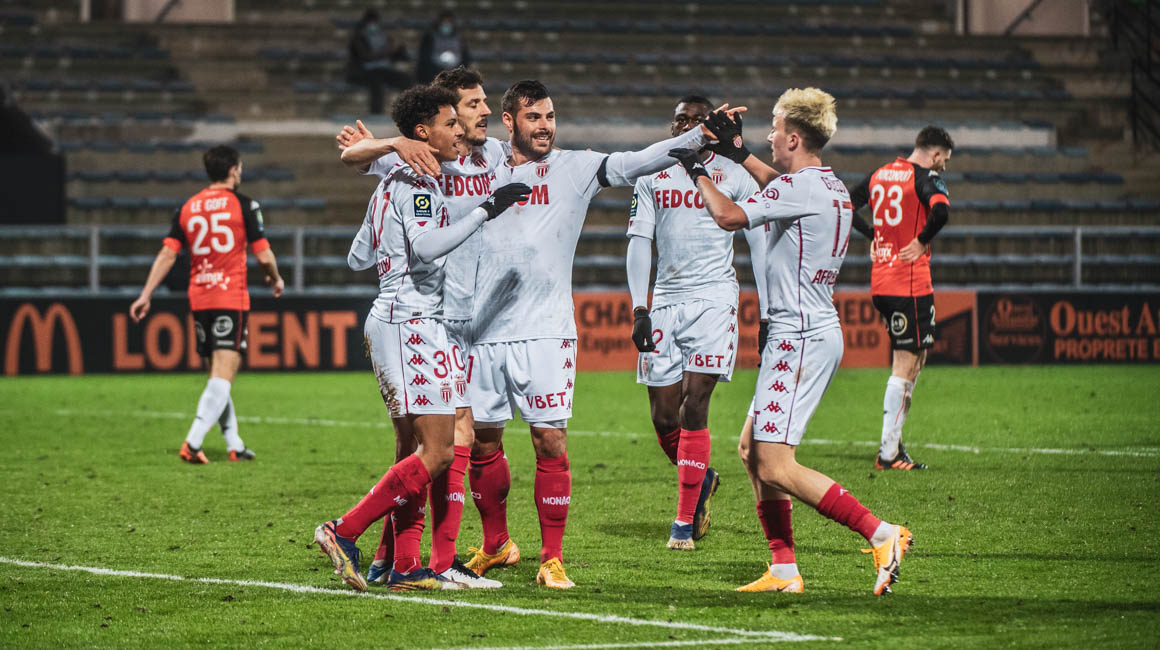 A lightning goal, the fastest for a substitute in Ligue 1 since Ireneusz Jelen on October 20, 2007… against Lorient! So four seconds changed the course of the match, which would continue to be an action-packed affair. Following on from his goal was an equalizer from Andreaw Gravillon. Then it was made 3-2 following a long ball by Guillermo Maripán finished by a superb lobbed header by Kevin Volland. The match was only in the 68th minute of play, and three goals had been scored in just four minutes. But things were far from over.

A good relationship with Kevin Volland

It was precisely the German international who was at the ready ten minutes through Aleksandr Golovin. Unplayable on the left flank, the Russian crossed for Monaco’s top scorer this season (8 goals), who played it across goal for Sofiane Diop who finished from close range (4-2, 78′). It was also an opportunity for Kevin Volland to also become the assists leader for the Red and Whites (4 assists) and to demonstrate a very good bond with the “Tsar”, as he was also involved in the last goal, scored on a corner by Guillermo Maripán (5-2, 89′).

It was no wonder, then to see the Russian elected IQONIQ Match MVP by the Monegasque fans on the AS Monaco App (available on Google Play and Apple Store), with 62% of the votes… just ahead of his German teammate (33%). Bravo Golo!

(in parenthese, the number of times a player has been named match MVP)